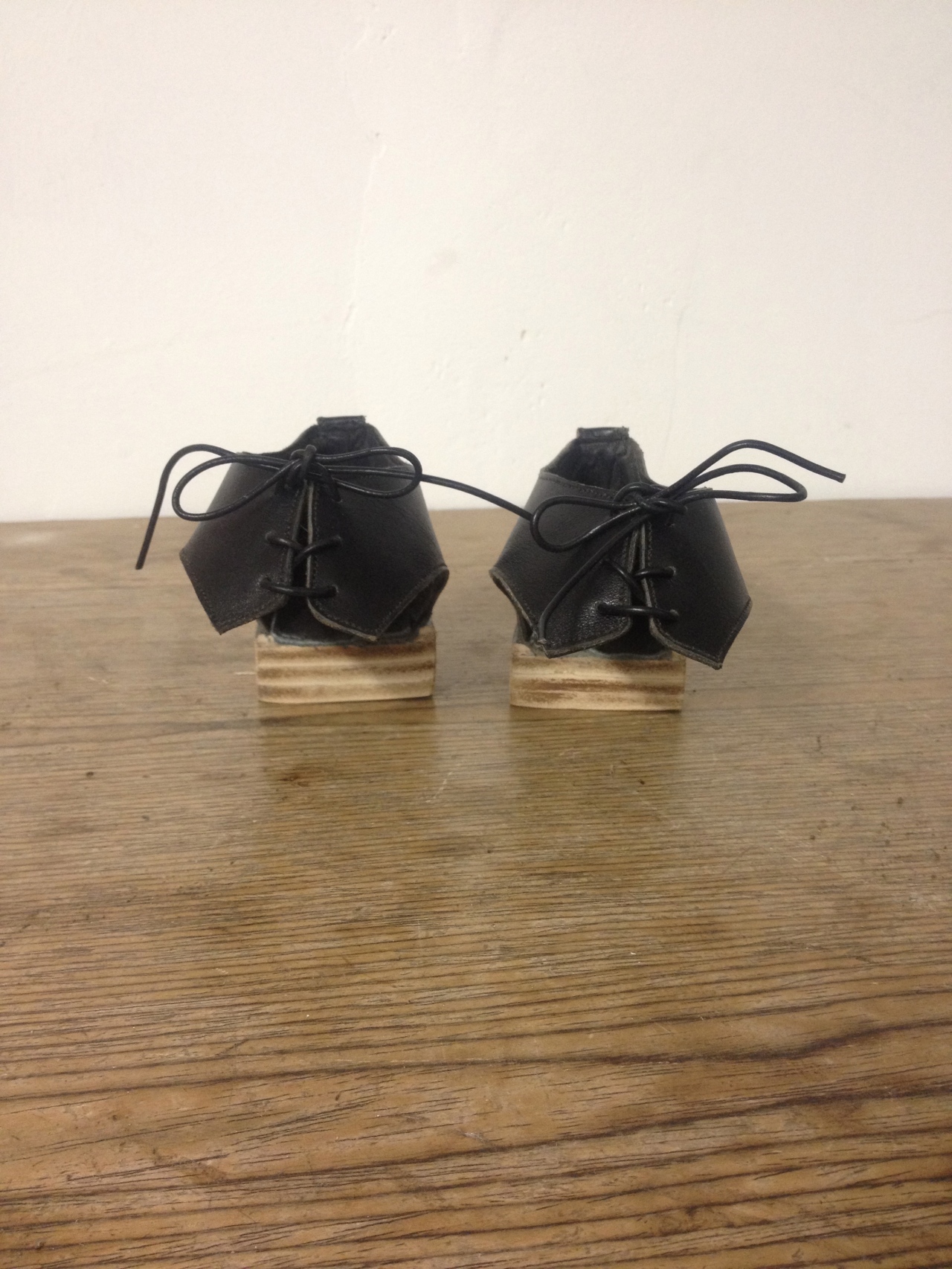 Lisa Sheppy is a ceramic, glass and print artist who’s work is inspired by place and people and the way these two things interact, she is particularly interested in the lives of women and their clothing. For the Soul to Sole project she has created a beautiful pair of porcelain lasts which represent the life of a local WREN (Women’s Royal Naval Service), Wendy Hogarth. Wendy still lives locally and Lisa was able to speak to her about her life and work as a WREN during the Second World War.

In order to represent the style of shoes worn during that time, I created a pair of half uppers that will sit around the porcelain last with laces around the front, bringing the two facings together. I really enjoyed creating these as it meant that the usual processes of lasting the shoe (using nails and glue) had to be re-thought so that I would be able to take the shape of the lasts, without damaging them. Lisa kindly gave me a pair of porcelain lasts to work on which meant I was able to heat a stiffener around the heel to hold the shape, without fear of the heat activated material distorting the lasts (it didn’t!)

After creating the shapes around the heel, I stitched the uppers ready for lasting, which I had to do using my hands rather than a lasting hammer and nails. This I managed to do by making small slits around the lasting area of the leather so that the leather would be able to fold around the porcelain last without too much force. I first lasted and glued the lining, followed by the upper with the moulded stiffener in between the two, giving the heel shape of the last. I then created a stacked leather heel and attached this using glue and some nails to hold the heel in place. 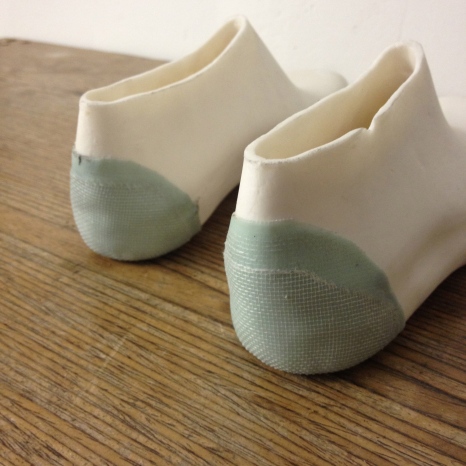 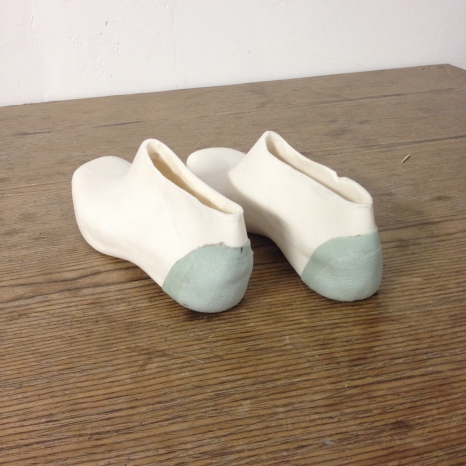 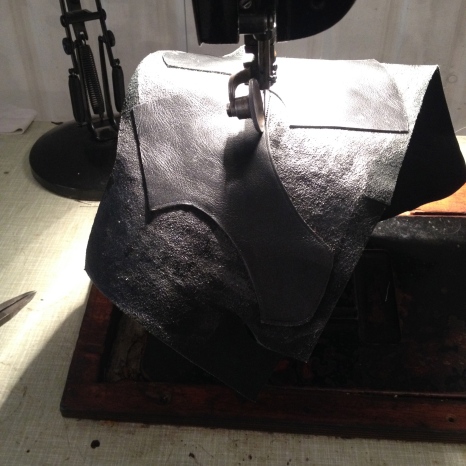 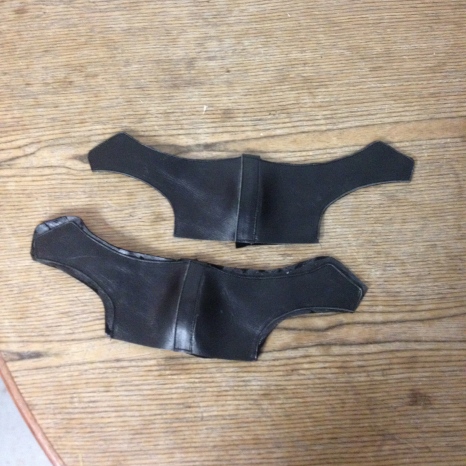 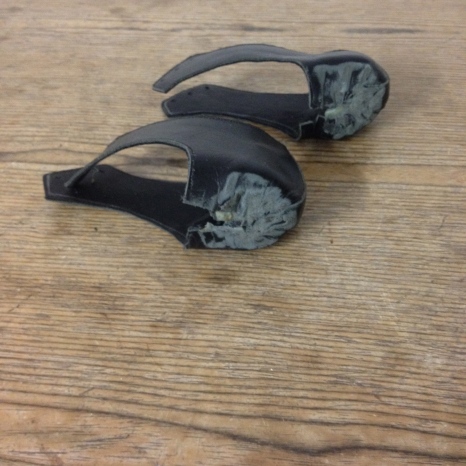 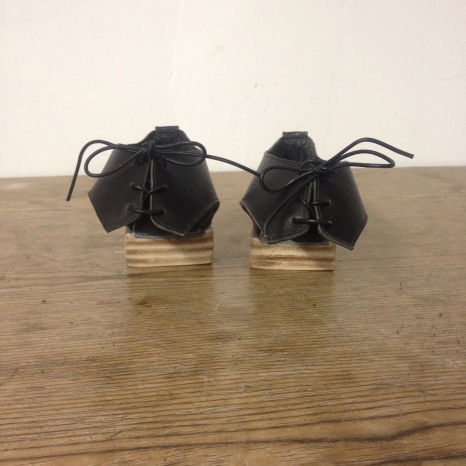 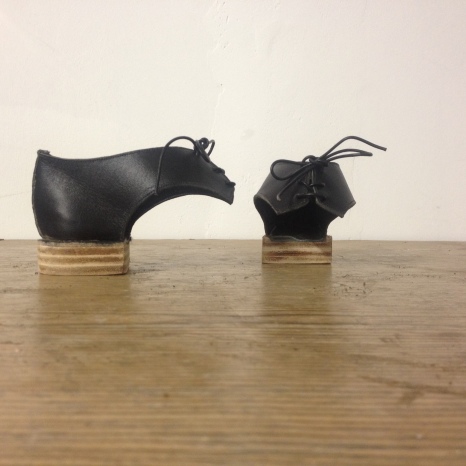 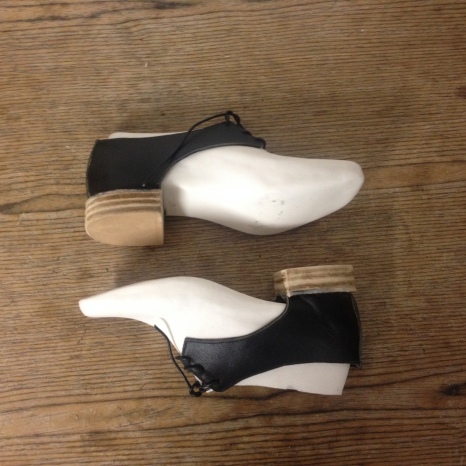 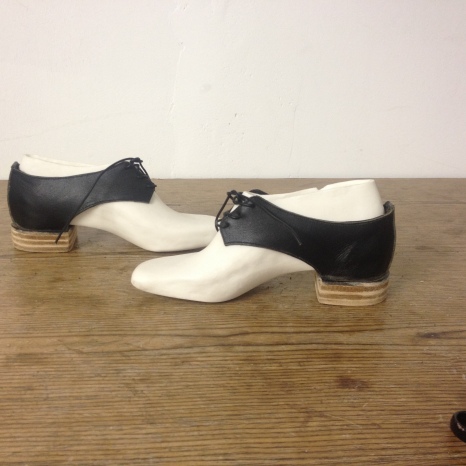 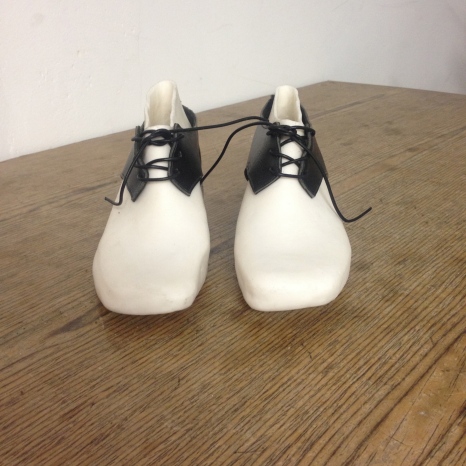 Come and see the work in Croome Court basement this week! I will be working there on Wednesday 16th July and Thursday 17th July if you would like to come and ask me some questions about shoemaking!